The Chief of the Janjangbureh District, Seyfo Bakary Jam Jawo, has commended Mr. Ma-Lamin Sonko, the Inspector of both Janjangbureh and Sakulay ferries.

Seyfo Jam Jawo made these remarks recently in an interview with The Point at his hometown of Jangjangbureh in CRR South.

He said that he does not act in a superior fashion or look down his nose at others.

He believes that if you saw Mr Sonko with his juniors you would be unable to pick him out as different.

Chief Jawo revealed that this is all caused by President Jammeh who works hard to employ competent, dedicated people to work for the country and contribute to essential nation building and development. 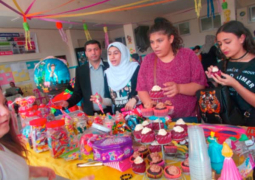