In her report, the chairperson of CESCCU, Madam Jono Jammeh, said it was a statutory requirement that all viable credit unions organised AGM.

This would enable the board to account to the members on the prudent management and efficient utilization of the credit resources at the end of each financial year, she said.

It also creates a forum for the board to address issues hindering the progress of the credit union and pave the way forward to enhance efficient operation and quality service delivery, Madam Jammeh added.

The CESCCU chairperson further asserted that as they mark the 12th AGM, members of the union should reflect on the theme of the year “Building a brighter future through credit union”,which should serve as a driving force to steer and propel their activities for the future.

According to the chairperson, during the past twelve months, CESSCU board of directors met regularly in their mandate to direct policies, make sound management decisions, control activities and plan for the short and long term operational activities of the credit union.

She said that during their meetings, the board agreed to dispose the double cabin Nissan Pickup and replace it with a Nissan Terrano since the vehicle was old and the high maintenance cost had outweighed the economic benefit derived from it.

Delivering the treasurer’s report, CESCCU treasurer Marie Kujabi said that during the year under review, the non-current assets of the union have increased from D1.5 million to 1.8 milion.

The treasurer further highlighted some of the justifications for this achievement, adding that the overall total asset base had increased from D15 million to D17 million, representing a growth rate of 17 per cent.

The increase was a clear manifestation of the general membership taking ownership of the credit union by increasing their monthly savings, she stated.

According to her, the total expenditure for the year ended 31st December 2013 rose from D1million the previous year to 1.2 million in 2013, before the payment of interest on members’ savings.

The downturn in the trend would not have been achieved save for the relentless effort of the board to control cost without compromising the smooth operations of the office, she added. 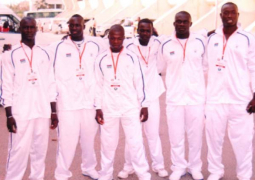