As the collapse of Thomas Cook Group continues to be a hot topic among stakeholders in different spheres, the Chief Executive Officer (CEO) of African Adventure Tours has stressed the need to find a good balance to deal with scheduled and charter flights to avoid strong impact in future.

Commenting on the recent start of the 2019 winter tourism season and the effect of the collapsed of Thomas Cook Group on Gambia tourism, Liane Sallah disclosed that destination Gambia is still feeling the impact of the collapse of the UK based carrier, as there was no balance contingency plan in the beginning.

She explained that had it been there was a better balance in dealing with charter and scheduled flights, the impact would have been minimised.“If one charter flight of a tour operator collapses, the country will feel it less hard than the country is feeling it now.”

She described the coming of TAP Portugal, a Portuguese airline to the destination as “a good move”, further expressing optimism that the airline will have a wonderful start.

CEO Sallah, who is also the grand handler of Corendon Airlines, encouraged passengers to stay very positive and acknowledged the strength of The Gambia.

She maintained that it might be difficult at beginning of the season compared to previous seasons, because of the absence of Thomas Cook, but assured passengers that flights from other European destinations are coming to Banjul.

She recalled that last year The Gambia had no scheduled flight, but now Turkish airlines, FTI among others are here. “So it is not going to be that bad.”

However, she observed that British tourists coming to the destination might be less, but assured that as British people love The Gambia, they will find a way to come,” especially that The Gambia Experience has increased its frequency with three additional flights to Smiling Coast. 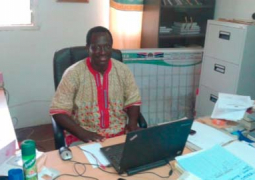