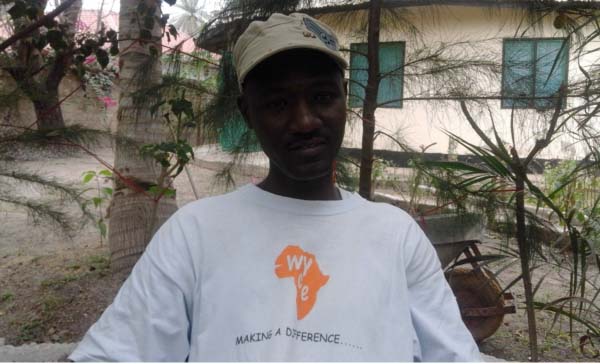 A community-based NGO, Wonder Years Centre of Excellence (WYCE) at Madina Salaam village in West Coast Region, has been implementing projects and initiatives geared towards the development of the village in various areas.

The organisation, established by a UK couple called Keith and Hilary, has built school and clinic as well as initiated many livelihood improvement projects in the village since 2003.

Lamin Kijera, the director of WYCE, said the aims of the organisation include giving quality education through teacher training and parent support to ensure that every child has equal opportunity to learn academic and social skills.The organisation also supports skills training and healthcare.

In an interview with The Point newspaper at his office in Madina, Mr Kijera said one of the first major engagements of the organisation at the village was building an early years school.The school started with 50 students.

Today, the school has expanded as it now has up to grade 7 and has more than 500 students enrolled.Those children of Madina Salaam who are in grade 8 and 9 go to Gunjur Upper Basic School and they are given bicycles by WYCE to ease their transportation to and from the school.

As the school is gradually standing on its foot, WYCE has also built a clinic in Madina Salaam.

Before the clinic, Mr Kijera said when women are in labour, it was donkey carts that were used to transport them to Gunjur health centre and some of them usually give birth on the road.

“This was why the organisation decided to build a clinic for the villagers to avoid all those critical problems,” he said.

Apart from helping in education and health, WYCE has done lots of programmes especially in skill training for women at Madina.

A lot of volunteers from the UK and other parts of Europe have been to The Gambia to work on different projects of the organisation.

WYCE has also trained the village youth on beekeeping.The organisation has supported the village in various endeavours geared towards its holistic development.

Mr Kijera gave a synopsis of how the organisation started in The Gambia saying the founders of WYCE from UK first came to The Gambia for their honey.

He said: “During their stay at a hotel in the country, lots of children requested pen and book from them.After their return to the UK, they thought that giving the children pens and books is just to solve their immediate need but there is a need to think of supporting the children for the future.”

When they came back to The Gambia again, the couple talked to the late EK Sarr, a former governor, about building school for the children in The Gambia.The late Mr Sarr encouraged them to do it.

They then decided to register an organisation in The Gambia to enable them do a sustainable help in the country.

“This was how the organisation started,” WYCE Gambia director said.