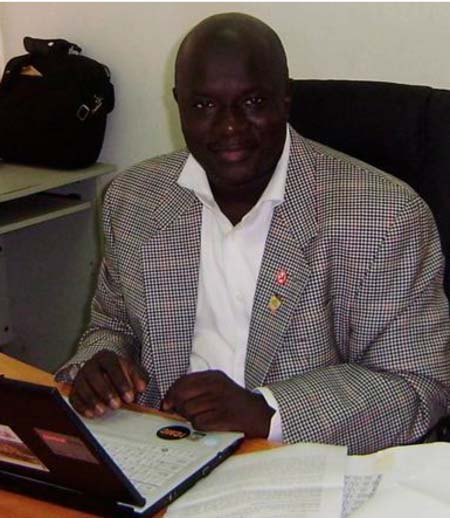 To APRC Agitators in Foni: Gambia Does Not Belong to Yaya Jammeh!

The Constitution of The Gambia provides for presidential elections every five years. On 1 December 2016 we went to the fifth presidential elections of the Second Republic. Yaya Jammeh lost to Adama Barrow yet he refused to step down until the whole world had to get involved in our internal affairs. After much pressure and national trauma, he left yet his party leaders and their members in various parts of Kanifing and Foni especially refuse to accept the verdict of the people. They erroneously hold that the only legitimate child in the Gambia is Yaya Jammeh who must rule the Gambia forever, by force. For that matter they now want to disunite and dismantle our country by any means. This cannot be accepted.

Therefore the time has come to put it to APRC and some folks in Foni to stop insulting the dignity and sovereignty of Gambians. The continued agitation by these folks in Kanilai and APRC in general in support of Yaya Jammeh is unacceptable because it is utterly shameful and painful. Yaya Jammeh is not a person in the league of Edward Francis Small or any patriot. This man had the unique opportunity to rule the Gambia during which time our people gave him full support from Banjul to Basse. Yet he decided to flout our Constitution, dishonour our dignity, trample upon our sovereignty and disregard our religious and cultural norms and values to unleash a reign of terror on Gambians. He directly raped, tortured and murdered citizens as well as directly plundered national resources with impunity for 22 years. Therefore the least we expect from APRC is grief and remorse and not a rowdy bunch celebrating a killer.

To those poor youths and communities in Kanilai, let them realize that when Yaya Jammeh overthrew PPP in 1994 he was as poor as a church mouse. But within 22 years, he looted the Gambia to become one of the richest men in Africa. Therefore there is no property in Yaya’s name that is legitimate and legal including that palace he built in Kanilai. They are all stolen property. In those 22 years, he indiscriminately tortured and killed the people of Foni and took their lands with impunity. Hence Yaya Jammeh does not worth to die for, and no self-respecting citizen will defend a tyrant.

Let this clueless bunch realize that it is because of Yaya Jammeh and APRC’s irresponsible and unconstitutional action that brought foreign countries to get involved on our internal issues leading to the presence of foreign forces inside the Gambia. Hence when we reach this stage, the APRC and those folks in Foni must be told to reflect and remain calm. They must be told to submit themselves to the laws and institutions of the Gambian nation and protect the unity and peace of the Gambia. They must not act as if they have been unfairly treated or cheated by anyone. APRC folks must be told that there is no case for resistance or liberation war for any Gambian community or region.

The new government has shown that they are a law-abiding government and this is why APRC was not banned and no APRC person has been arbitrarily arrested. In 1994 Yaya Jammeh disgraced and maltreated other people’s parents and elders by dumping them in the back of a truck to parade them throughout Banjul. He then went further to ban the PPP and other parties, as he liked. He subjected national leaders to kangaroo commissions of enquiry, while he engaged in series of insults against Jawara and his ministers who could be his father. Yet no Gambian village or region demonstrated against him, but all gave him support that he came to betray. Today we did not see a similar thing happen since January when Barrow became president even though APRC committed far more atrocities and corruption than PPP.

Rather what we are witnessing is how the Barrow Government went to court to obtain legal authority and follow due process against the atrocities and looting of Yaya Jammeh in a calm and civilized manner. Hence APRC and their folks in Foni must advise themselves to humble down and realize that they do not have the monopoly of power and must not threaten the unity and security of the Gambia. Yaya Jammeh is not the president of the Gambia. When he had the chance to lead this country, he led it in the most terrible way never seen before in the Gambia. If any Gambian is not ashamed by Yaya Jammeh then your sense of morality must be completed damaged. Yaya Jammeh did not only kill Gambians and loot our resources, but he also ridiculed the Gambia in front of the whole world.

The agitation we see taking place in Foni are a minority of the people. The chiefs, alkalolu and the people of Foni must tell these agitators not to turn Foni into a scene of violence and disgrace. The Governor of West Coast Region must engage the authorities in Foni to impress on the people that their actions are unlawful and unnecessary. They must stop.

Above all, Pres. Barrow needs to engage the relevant stakeholders to take necessary action. We must not allow any citizens to take the law into their own hands. Hence the police must arrest and prosecute any person who breaches the law. Secondly the National Assembly must address the issue by sending a message to the APRC and their folks in Foni to let them know that they are acting outside of the law. I want to suggest that the National Assembly constitute a fact-finding mission to Foni to find out what really are the issues on the ground there. This must be followed by a set of recommendations and implemented.

The APRC leaders: Isatou Njie Saidy, Fatou Lamin Faye, Bala Garba Jahumpa, Fabakary Tombong Jatta, Abdoulie Bojang, Yankuba Kolley and Musa Amul Nyassi must be reminded that they bear responsibility for the actions of their supporters. But it appears that these APRC leaders are instigating their supporters to make the Gambia ungovernable. They are certainly receiving instructions from Yaya Jammeh in Equatorial Guinea. We know he is communicating with these folks but APRC must be told that they must abide by the law. APRC presided over the most gruesome and despicable episode of our history and if they cannot repent, they must not be seen acting as if they have been cheated of anything. If anything, it was APRC, which wanted to cheat the elections after misruling the country with blood and tears. Truth must be told.

To the masses of Foni and the rest of the Gambia, let us realize that those making these agitations are a tiny minority of people who have lost power, access to resources and privilege that they were used to under Yaya Jammeh, illegally. They cannot contain themselves now in their new reality hence they want to see the whole of the Gambia burn down. Let us refuse them by keeping the peace and stability of this country. Let us shower truth on their heads that they are misbehaving and acting in a manner unbecoming of a true citizen of this country. Yaya Jammeh can never become a leader of this country again and it is foolhardy to dream about that. Let the people of Foni isolate this rowdy APRC people and reject their false narratives aimed at generating fear and disunity.

No region, religion, tribe, family or party is under any threat from the Government or from the rest of Gambians. Hence let us not allow anyone who perpetuates the false narrative that there are sections of the population who are discriminated, threatened, maltreated, at risk or witch hunted. If that was the case, many folks are happily roaming the streets and enjoying the comfort of their homes today would have been in jail for the treason they caused. But even Abdoulie Bojang has been made an ambassador! Yankuba Kolley is still the Mayor of KMC even when he is not elected. Fabakary Tombong Jatta or Seedy Njie has never been attacked. Musa Amul Nyassi and four of his APRC parliamentarians enjoy their full rights and benefits in the National Assembly like any other. Hence where is the threat APRC has faced in this country?

Yet while this APRC folks enjoy their peace and freedom, they refuse to remember that the family of Koro Ceesay is in grief because Yaya Jammeh and his henchmen burned their loved one to ashes 20 years ago? Do they not realize that the family of Enor Kolley, Jasarja Kujabi, Ndongo Mboob and Marcie Jammeh are in grief over the murder of their loved ones by Yaya Jammeh? There are many families in deep grief right now because Yaya Jammeh and the APRC murdered their loved ones: Deyda Hydara. Chief Ebrima Manneh. Kanyiba Kanyi. Elo Jallow. Njagga Jagne. Landing Sanneh. Daba Marenah, April 10 and 11 Children. November 11 Soldiers. Private Modou Njie. Lt. Colonel Sarjo Jarju. Lt. Amadou Sowe. Lt. Buba Sanneh. Abdoulie Jobe. Solo Sandeng. Solo Koroma. Lang Marong. Ebrima Ceesay and many more! Are these APRC folks telling us they are not aware of the carnage of Yaya Jammeh? How could they be so callous to now trumpet such a killer in our midst?

Time has come to address these things through the law, Mr. President.