Tomorrow May 1st is International Workers Day, a day set aside to celebrate the social and economic achievements of the international labour movement across the globe.

Here in The Gambia, the annual and traditional May Day Sports, usually organised by the Gambia National Olympic Committee (GNOC) will be staged in the form of a sports jamboree.

Ceremonies and march-pasts are also expected to be organised by workers. Slated to kick-off today, the week-long event will, among others, feature track and field events, ranging from sprint runs: 100 and 200 metres, and relays, to the tug of war, musical chairs, and greasy pole. Such an activity would, no doubt, promote mutual understanding and unity among our workforce.

As we celebrate this day, it should offer us an opportunity not only to celebrate, but also to reflect on our achievements and shortcomings over the past year, in order to effectively plan for the year ahead.

Congratulations to both the employers and workers for continuing to ensure that our industrial relations are carried out in a consultative and hitch-free manner. This we believe is a true manifestation of adherence to the principles of collective bargaining, and mutual respect for the rights and obligations of both parties.

We, therefore, look forward to seeing the consolidation of this relationship of trust and respect for the mutual benefit of both employers and employees.

It is worth mentioning that The Gambia has a good enabling environment for both employees and employers. A case in point is the 2007 Labour Act.

It would be recalled that during its third legislative session in 2007, the National Assembly had passed into law the new Labour Act, 2007, which seeks to incorporate the International Labour Organisation (ILO) conventions ratified by The Gambia since its accession to the membership of the world body in 1995.

The new labour dispensation, we hope, will promote social justice and internationally-recognised human and labour rights in the country.

In any case, among others, it seeks to ensure that the regulatory framework for labour matters is aligned to developments in both the domestic and international labour markets in the quest to maintain a healthy working environment that is conducive for fair labour relations.

The Act, therefore, brings labour relations in The Gambia in line with internationally-accepted standards, and ensures that both workers and employers are protected from unfair practices.

We once again take this opportunity to call on employers and workers and their respective associations, to familiarise themselves with the provisions of the new Labour Act, and work towards its effective implementation in the collective interest of all.

Also, government should not relent in its efforts to safeguard the interest of workers, especially with regards to pension or retirement benefits. We would equally urge all employees to play their part by meeting their obligations fully.

We must all take our work very seriously and display a high sense of sincerity at work, and avoid actions and behaviour that are dishonest.

In this regard, we urge all workers to change their attitudes and work habits, and ensure that their obligation to duty is not found to be wanting in any respect.

As we celebrate the day, we should also remember those people who are not employed, underemployed and even those who were wrongfully dismissed by their employees.

Once again, we congratulate all workers on this special day, and wish them well in their undertakings. 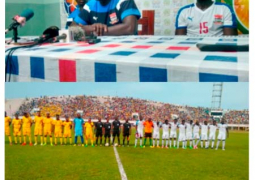