Uefa has been forced into action after an incident-packed final Group F encounter in that saw the players forced to leave the pitch for a short spell, according to skysports.

But Spartak Moscow, who became the eventual 2-1 winners, have been charged over the improper conduct of their supporters after fans threw flares onto the pitch.

The Slovakian Champions Zilina failed to secure any point in the group stages of the UEFA Champions league with a record of six defeats to group mates.

international striker Momodou Ceesay featured for Zilina in the 69th minute of the tough and heated encounter which forced referee Kevin Blom to lead both sets of players off the pitch, with the Spartak side pleading to their travelling fans but to no avail.

Ceesay was influential in securing a qualification berth for his side in the Champions League 2010/2011.

Zilina now face a charge of insufficient organisation relating to the handling of the incident, which led to a 20-minute delay in proceedings.

The Zilina side themselves have also been hit with a separate count of improper conduct after their players racked up five yellow cards during the game. 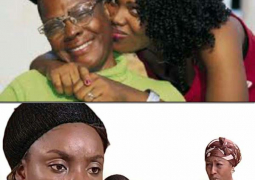 Suspect paraded for attempting to steal