The case of common assault and escaping from lawful custody involving one Arthur Mendy continued yesterday at the Bundung Magistrates’ Court.

Testifying as the third prosecution witness, Pa Sonko told the court that he is a civil servant and on 21 August 2011, he was on duty at the Jammeh Foundation for Peace Hospital when he saw one police officer coming with the accused.

The witness added that he went to the shop to buy a cigarette and on his way back he saw the accused, Arthur Mendy, running towards the hospital fence in an attempt to escape.

He said the accused jumped over the hospital fence and they also ran after him, adding that they apprehended him and handed him over to the police officer, who took the accused back to the Bundung Police Station. 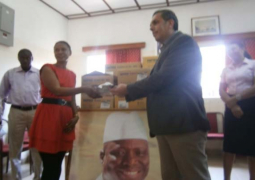 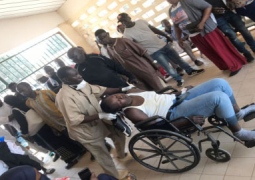