A man called Ousman Kindi Jallow was recently arraigned before Magistrate Gomez of the Kanifing Magistrates’ Court, charged with attempting to commit a felony.

He denied the charge and was granted court bail of D50,000 with two Gambian sureties who must deposit their ID cards.

Hearing was adjourned till 14 September 2015.

The charge sheet presented in court stated that the accused, Ousman Kindi Jallow, on 1 September 2015 at Jimpex business area in the Kanifing Municipality, with intent to commit a felony, attempted to steal from a motor vehicle registration number BJL 1850 F by using a master key to open the said car door, being the property of one Dr Momodou Jassey. 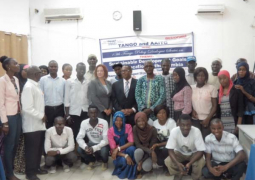