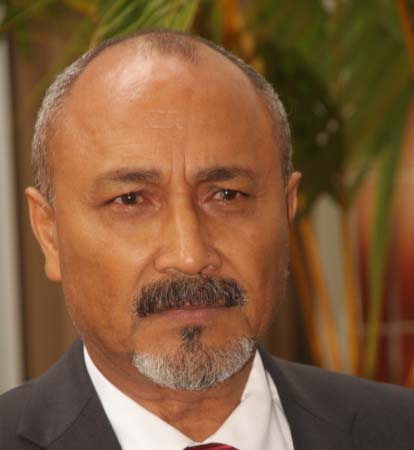 A special envoy of the President of Cape Verde Jorge Carlos Fonseca yesterday held talks with President Yahya Jammeh at State House in Banjul, aimed at strengthening ties between Banjul and Praia.

Delgado Arnaldo told waiting reporters shortly a closed-door meeting with the Gambian leader that he was in Banjul to deliver a message from President Jorge Carlos Fonseca of Cape Verde to his Gambian counterpart.

‘‘I was sent by my President to present a message to his brother President Yahya Jammeh just to tell him that we are interested in strengthening our relations, and political and economic cooperation,’’ he stated.

‘‘As you know, we have very good relations since a long time ago, and we are now interested to strengthen our relationship with Gambia, and that is the reason why I am here,’’ the Cape Verdean envoy told reporters.

Asked on what possible areas his country wants to cooperate with The Gambia, the Cape Verdean envoy said key among them is economic cooperation.

‘‘I came with a delegation composed of Cape Verdean businessmen who want to work with their Gambian counterparts,’’ he said, adding that “the Gambian businessmen are also welcomed in Cape Verde to see what areas they can also cooperate with us”.

How can cancer kill you