Can Bakau Defend the Title?

After two weeks of exciting and fascinated encounter in the most-watched Baby Muhammed Jammeh Perpetual Zonal championship, there are a lot of noises made by some of the participating teams and Bakau, in particular with regards to their possibility of defending the title they won in two successive seasons, hoping to replicate similar success once again.

They started the campaign with a win against Gunjur, courtesy of striker Assan Jatta's second half strike in the 53rd minute at the Serekunda-East-Mini-Stadium, a fortnight ago.

The seemingly experienced Bakau Side that is the only zonal team enjoying the services of three former professional players: Pa Amadou Gai, Demba Sanyang and Assan Jatta led the defending champions to a spot in the semi-final of the campaign where they are expected to renew their rivalry with City Boys Banjul in the first semi-final on Saturday, at the Serrekunda-West-Mini-Stadium whom they denied the trophy in two consecutive years.

The Assistant Coach of Bakau side Kebba Touray who spoke optimistically about his team's possibility to snatch another historic zonal title to confirm three championship trophy in a row recently told Pointsport in an interview that Bakau will emerge the champions, considering the high profile players at their disposal.

Many fans of the defending champions and the giant killers all remain confident to snatch the title away from their opponents, but it remains to be seen whether they still has what it takes to replicate the impressive form that saw them lifted their first zonal title since its change of name from Zonal Championship to Baby Muhammed Jammeh Perpetual Football Competition last year.

A win for Bakau in Saturday's clash against tough opponent and bitter rivals could prove a decisive factor in a bid to put their title hope back on tract.

According to Ndongo Camara, a native of Banjul, it will be impossible for Banjul to concede another defeat in the hands of Bakau, given the fact that they will do everything possible to put an end to their embarrassing performance when the two sides meet on Saturday.

"We will win them this time around by force," he said.

Bakau that is highly tipped by many football pundits across the country to win the title once again needs to improve on their performances if they are to realise their dreams of winning another Zonal championship title for a record third time.

Meanwhile, Key midfielder Demba Sanyang will miss Saturday's cracker after receiving a straight red card following a hefty tackle on the opponent in Bakau?s one-all draw against Serekunda-West as part of the last group game played at the Serekunda West Mini-Stadium.

But the good news is that they might welcome back the duo: Saikou Jawara and key Striker Pa Amadou Gai who both sat out in their last game due to injuries.

Serekunda East meet Serekunda West in the all Serekunda derby at East-Mini-Stadium and the final to be followed on Sunday 13th December 2009. 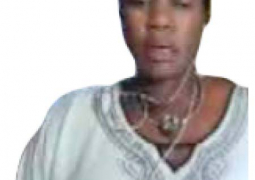 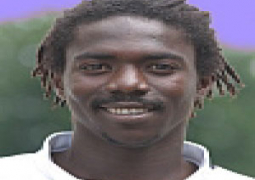