Ever since the Independent Electoral Council, IEC, declared Wednesday March 20, 2013 as the official start date of the campaign for the Local Government Elections, politicians from across the country have been busy canvassing for votes.

Candidates contesting for the April 4th 2013 Local Government Elections must ensure that they confine themselves within the election laws of the country.

We are again calling on all stakeholders taking part in the forthcoming elections, particularly party leaders and candidates to avoid uttering speeches that can incite hatred or violence.

Supporters of various candidates must ensure that they comport well and avoid any form of confrontation.

Politicians, particularly those contesting elections must address the current realities on the ground; avoid character assassination and address issues affecting their people and not personalities.

Candidates must ensure that they preach peace and avoid meeting at the same place or venue to avoid clash.

We again call on the security apparatus, chiefs and regional governors to excuse themselves from politicking.

It’s only through adhering to the dictates of our election laws that we can boast of a free, fair and credible election.

People must be allowed to exercise their political rights without fear, or any forms of intimidation and harassment.

It’s only by doing so that elections can be worth holding, since when peoples’ rights to participate in elections are violated they cannot be able to exercise such rights. 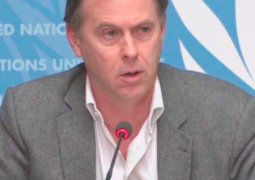