Striker Alfusainey Jaiteh’s 38th minute strike was all but enough to earn all the needed points at the expense of a well determined Konge Bi.

Speaking to Pointsport shortly after the match, Ebrima Mendy, head coach of , said he was happy with the victory but was quick to add that Konge Bi was the better side of the day.

“We won but our opponents were the better side of the day today and they dominated the whole game,” confessed coach Mendy, who also admitted that his team was lucky to capitalise on the single chance they created.

“We prepared well for this game but the Ramadan took its toll on the players, which affected their performance,” he noted, adding that the best of his players was not ‘seen’ during the game.

Mendy expressed confidence that his team would qualify from the group stage of the second round of the competition.

Sait Ceesay, head coach of Konge Bi FC, said losing their first game was not the end of their participation in the competition given the fact that they still have four games ahead of them in the league.

“We played better today because we needed the three points more than ,” added Ceesay, who also outlined his ambition to win the match, which never came through.

“We deserved to win today but unfortunately we lost the game but we will prepare both mentally and physically for our next game in order to put up a respectable performance in our next match of the competition,” he said.

Meanwhile, Halem FC will take on Unicons FC on Friday, 12 August 2011, at the Serrekunda West Mini-stadium.

On 13 August 2011, Old Hands FC will clash with Dippa Kunda FC, while Pencha Bi FC will battle it out with Kanifing Estate FC on Sunday 14 August 2011 at the Serrekunda West Mini-stadium. 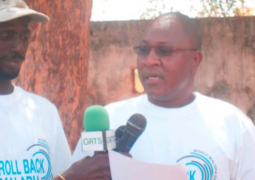