Alieu Faye, the alkalo of Busura village, was the second prosecution witness (PW2) to testify in the trial involving former Kombo Central National Assembly Member, Abdou Jarju, and others at the Brikama Magistrates’ Court before Magistrate Jagne.

Alieu Faye told the court that he knew the 1st, 7th and 8thaccused persons, adding that he was at Busura when the President came and after that he spoke at the meeting, he went and sat down.

He said he saw a group of people coming towards the President in an angry mood, and was told to prevent them because this people were trying to disrupt the meeting.

Alkalo Faye further said he went and asked them, and they asked whether Marakissa ward has no elders, adding that there was a push and pull with them.

The regional governor also came and asked him what was happening, and he told him that this people wanted to disrupt the meeting, he said.

He said he later saw the security officers pushing them out of the meeting, adding that they were many but he could only identify the 1st, 7th and 8th accused persons.

He added that he later saw the accused persons being picked up by the security one by one.

Mr Faye further adduced that Lamin Jarju and his people found them at Busura, where they budgeted for the President’s coming, which should have been on 19 June 2013.

He said they gave him information that the 1st accused held a meeting at Marakissa.

However, defence counsel Touray objected, and said it was hearsay and his objection was upheld.

He said he was later called at the police station to make a statement.

The case was adjourned to 7 October 2013, for cross-examination.

Lamin Jarju and others were accused that on 25 June 2013, at Busura village, while being in a public place, jointly conducted themselves in a manner likely to cause a breach of the peace, and thereby committed an offence.

The police prosecutor also accused Lamin Kullo Jatta that on 25 June 2013, at Busura village, in the Kombo Central District of the West Coast Region of inciting others to take part at the meeting ground in Busura village, which was calculated to bring physical injury to the community and thereby committed an offence. 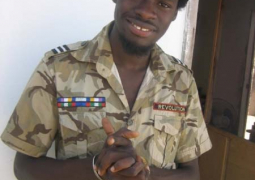 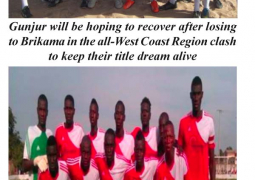