Busumbala Man in Alleged Assault and Breach of the Peace

One Ansumana Conteh on Wednesday appeared before Magistrate Pa Harry Jammeh of the Brikama Magistrates' Court for assault and criminal trespass.

According to the particulars of the offence on count 1, the accused Ansuman Conteh on or about the 29th May 2009 at Busumbala Village hit one Omar Nyabally on the nose thereby causing him actually bodily harm.

On count 2, the accused on the same date, month and year, entered the compound of the said Omar Nyabally intimidated and annoyed him thereby causing a breach of the peace.

When the charge was read to him, he pleaded not guilty on both counts.

The case was adjourned to 10th June. 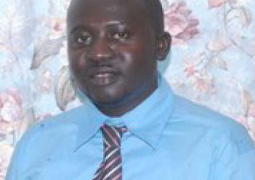