A man called Momodou Alieu Jallow was recently convicted and sentenced to one year in prison with hard labour by the Brikama Magistrates’ Court, for housebreaking and stealing.

In delivering her judgement, Magistrate Singhateh told the court the accused, Momodou Alieu Jallow, was arraigned before the court and charged with housebreaking and stealing, which he had denied.

Challenged by the plea, she said, the prosecution called three witnesses and the complainant told the court she recognised the accused and on 8 February 2012, when she was going to the market she locked her compound gate since the house door was also closed.

The trial magistrate said the complainant also told the court that when she returned from the market she found the accused person in her compound and also found that her house door was opened.  She confronted the accused person, who said he was finding his way to , she said

The accused, in his evidence, also stated that when he was apprehended he was found in possession of the said necklace, the magistrate said.

The accused also confirmed to the court that when he was apprehended he was found in the possession of the necklace, which was identified by the complainant as hers, she stated. 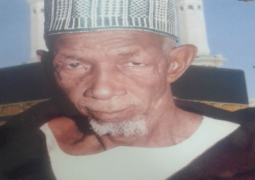