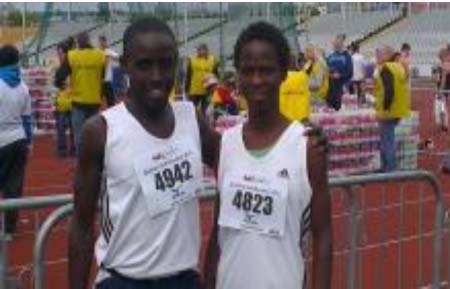 Both Mariama T Jallow and Lamin Sanneh will be racing in the UK before heading home to The Gambia following their BMA- UK Athlete visit.

Both athletes are in the UK as part of the Brufut Marathon Associations UK Athlete visit 2013 programme, which sends the winning male and female runners of the half marathon category to the UK to compete.

This was done in partnership with Friends of The Gambia Association, Gambian Police Force (of which both athletes are employees), Brussels Airlines who donated the return air tickets and Gambian Volunteers Trust.

With the help of Roy Sanyang of GVT, Mariama T Jallow will be running the Leeds 10k on Sunday 14 July whilst Lamin Sanneh will be racing in the BUPA Edinburgh 10k on the same day.

We hope the Gambian communities in these areas will come out to support the runners.

We are also happy to announce that the BMAs are again working with GVT to facilitate the entry of Majula Gitteh, who came second behind Mariama in the Brufut Run 2012, so she can also compete alongside Mariama at the Leeds 10k.Her visit is being funded by her employers, the Gambian Army.

We at the BMA wish all the athletes the best of luck in their events and look forward to what is shaping up to be one of the biggest days in Gambian distance running.

The Athletes will be running in memory of Mamadou Max Jallow, a founder member of the BMA who passed away shockingly in May this year. 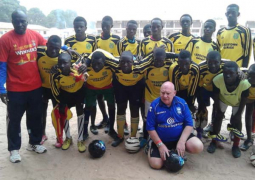