The Kanifing Municipal Council disaster management committee yesterday distributed food and non-food items to 12 families who were victims of flood and fire.

He commended all those who helped his committee especially the President of the Republic and the office of the Vice President for getting the items to the victims.

For his part, the Mayor of the , Yankuba Colley, thanked the KMC disaster management committee for their quick response, noting that the aim of the committee is to look into the concerns of victims for the application of remedial measures. He said some disasters are man-made while others are natural, urging the people of his municipality to always be mindful of their surroundings. 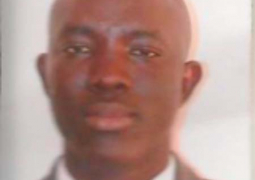