Max Jallow is of the view that will soon organize a fully-fledged marathon race, as efforts have been made to upscale the marathon to international standards at 2012.

Announcing this plan at the 14th Edition of the annual Brufut Marathon race, which was held , Max told a cheering crowd that had made a giant stride in the Gambian sporting calendar. As he put it, "14 years ago; nobody thought of the success stories being made by ."

This year's race, which was dubbed as "Run for a clean nation" to complement the call by His Excellency President Jammeh, was one of the most successful events ever organised since its inception in 1994. 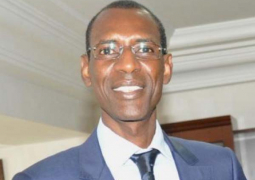