The British High Commission yesterday announced that it will amend its internal processes for assessing visa applications.

According to a press release sent yesterday to The Point, the British High Commission, in conjunction with the United Kingdom Border Agency, would like the general pubic to know that the new development "will take place effective Monday 21 February". "All applications submitted after that date will be forwarded by courier for consideration at the British High Commission in Accra," the release stated.

There will be no reduction in the levels of customer service, the release says, adding that the United Kingdom Border Agency's customer service standard is set to process 90% of non-settlement applications within three weeks of submission of application.

"To allow this procedural change, the Visa Section in the High Commission will be closed for the receipt of new applications from Thursday 17 February until it reopens for business as normal on Tuesday 22 February 2011," the release added.

Concluding, the release noted: "Please note that any visa applications completed online, on or before Wednesday 16 February, must be submitted for consideration by that date, failure to do so will result in a new online application being required." 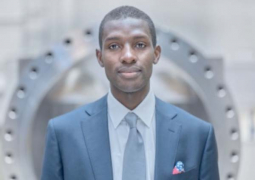 Rejoiner: Lets say no to tribalism in Gambia