Following their plea of guilty to the offence charged, the British Couple David Borland Fulton and Fiona Rachael Fulton will know their fate when their case resumed on .

The British Couple is standing trial at the Banjul Magistrates' Court, presided over by Principal Magistrate Edrissa Mbai, on a charge of seditious publication contrary to the laws of The Gambia.

According to the particulars of the offence, in the year 2007 and 2008 at Banjul and diverse places in The Gambia, jointly printed, distributed, and reproduced seditious publications intended to bring into hatred or contempt to excite disaffection against the president or the government of The Gambia, thereby committed an offence.

After the facts were narrated by the prosecution, both accused persons admitted the facts as correct and accurate. 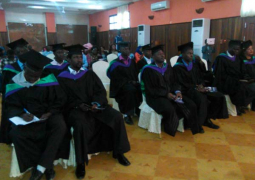