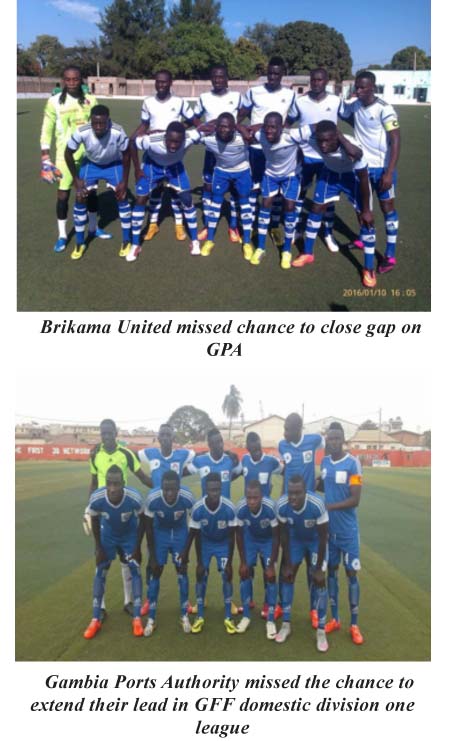 Brikama United will play away to the current league champions Gambia Ports Authority in the week-seven fixtures tomorrow, Saturday 7 January 2017, at the Banjul KG5 Mini Stadium.

Gambia Ports Authority and Brikama United will stretch their muscles up to beat each other to maintain and keep their league title winning ambitions alive and hope league leaders Real De Banjul slip to Samger on Sunday at the Banjul KG Mini Stadium.

Real De Banjul are currently leading the top flight with 12 points in five league matches after winning four and losing one in their five previous league fixtures.

The City boys will attempt to whip Samger to rejuvenate their lead in the summit; Samger are one place above relegation zone with 5 points in five league fixtures, and will be anxious to overcome Real De Banjul to snatch conformable position in the top flight.

Bombada will host the newly-promoted side Tallinding United at the Brikama Box Bar Mini Stadium. Bombada and Tallinding United are both languishing in the relegation zone in the top flight, and will be nervous to defeat each other to move away from the danger zone.

Elsewhere, whipping boys Serrekunda United will meet Hawks at the Serrekunda East Mini Stadium; the Serrekunda-based outfit are two places above relegation zone and need a win against Hawks, who are third place in the league to secure good position in the standings.

Marimoo and Steve Biko are both mid-table in the top flight and will be steering to defeat each other to improve their positions in the league.

Gamtel are four places above safety with 5 points in five league matches. They will be eyeing for a win against Gambia Armed Forces to keep their league title aspirations alive after poor start to the league campaign. 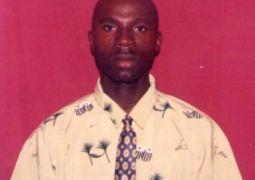