The 2019 Brikama nawettan league final is slated for this Saturday, at the Brikama Box Bar Mini Stadium at 4pm.

The long-awaited final will feature Daru Youths and Swansea City, described by many football admirers in Brikama and its satellite areas as a crunch clash. Both sides will affray to win the final to lift the league trophy after surrendering knock-out cup to Dangam FC.

The tickets for the final are pegged at D30 at all gates. 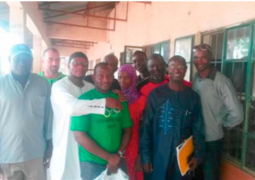 Re: LIVE UP TO THE TITLE "HONOURABLE"