We would like to congratulate Tarik El Siagy, the Egyptian coach of The Gambia's national U-17 team whose four-year contract came to a historic end last week. To mark the occasion, a dinner was organised in his honour at Manjai Lodge & Resort.

The 53-year-old coach parted company with the Gambia Football Association after a successful and remarkable four-year spell in charge of the Baby Scorpions.

During his four-year stint in The Gambia, the Egyptian technician, who came to Banjul four years ago on a technical assistance mission, was later appointed to take charge of The Gambia national U-17 team and has since managed to register numerous successes with the two-time African U-17 champions.

Tarik who has made no secret of his desire to return to Banjul to continue working with the U-17 team in an interview with reporters prior to his departure was, no doubt, an integral part of the successes achieved by the Baby Scorpions.

He led the Baby Scorpions to a historic championship title, when the team won the Pepsi Football Tournament, winning all the accolades in the tournament in the process, including the player of the tournament award.

Tarik's most outstanding and historic achievements, since his appointment as the U-17 team's Head Coach, came in the year 2009, when he successfully led the Baby Scorpions to their second Africa U-17 championship title at the expense of the host, Algeria, in Algiers with a 3-1 win in the finals in 2009.

He wrote history by becoming the second foreign national team coach to win a continental title with the U-17 team following a similar success recorded by former Baby Scorpions' boss Ousam Dodou in 2005.

Tarik's health condition in recent times has been a major concern for his former employers, and we wish him a speedy recovery in an environment characterised by peace and happiness. Amen. 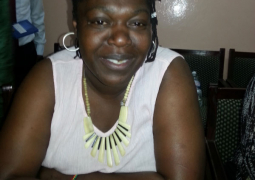