Speaking ahead of his first away match in the World Cup qualifiers after been promoted as head coach for the Scorpions, Gambia Coach Peter Bonu Johnson is assured of a respectable performance that can yield good results in Morocco on Saturday.

Bonu was speaking at his Golf Hotel Room on Thursday morning describing his opponents the Atlas Lions as ‘a good side to respect because they are also in contention to qualify’.

He said the Scorpions arrived in Marrakech after a long and tedious trip but are recovering very well to play to the best of their abilities ‘because they represent every Gambian in the qualifiers’.

Bonu said the lads have freed themselves from the fatigue after the recovery training last evening which shall refresh them into the game on Saturday night.

Asked about the absence of two key figures in Momodou Ceesay and Mamadou Futi Danso, Bonu was quick to reply, saying: “Zico and Futi are key members of the squad but equally everybody in the Scorpions is key to me and with the absence of the two, there is a suitable replacement for them and that is why, we are focused to come out and play all out for a desired result.”

Zico and Futi have not travelled with the club. The duo played in Banjul over the weekend against the Elephants but lost three nil.

Bonu promised that the Scorpions will fight tooth and nail to uplift The Gambia from the bottom of the table.

He said with the determination and dedication shown by the lads, anything is possible.

The Scorpions are rooted at the bottom of the table on a solitary point while opponents Morocco are now on five points after beating Tanzania 2-1 at the weekend.

The Scorpions train later in the evening. 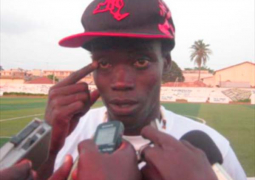 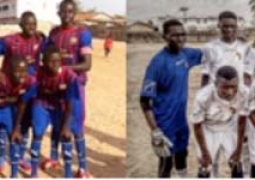