Paul Mendy, a veteran seaman was last Thursday convicted and sentenced by the Special Criminal Court of the High Court, to a fine of D15, 000, in default to serve three years in prison.

Mr. Mendy was charged with rash and negligence, causing death.

According to the particulars of offence, on 23rd January 2009, between Japineh and Bambali Tenda, Mr. Mendy hit a fishing canoe and caused the death of Katim Touray and Sulayman Saine.

He was also ordered to compensate the two deceased with D25, 000 each or serve a further two years' imprisonment.

In passing his judgment, Justice Richards said that the testimonies of Mr. Maiger, the only survivor of the incident, who testified for the prosecution made the court not to believe that the incident was an accident.

He said that Mr. Maiger testified that the convicted, Paul Mendy, was riding his boat carrying seven badges from to Basse with a high speed, with neither a lighting system nor horn to alert.

He said that he had relied on a flash light and shouts to avert any possible danger but ended up smashing the canoe leading to the death of the victims.

In his plea of mitigation Surahata Janneh, the Defense Counsel, said that there must be a distinction in crime, although there is death that does not involve violent and cruel death.

He maintained that it was nothing but an accident and stressed that "the relatives of the two deceased said it was an act of God and still stand by that and are ready to forgive." 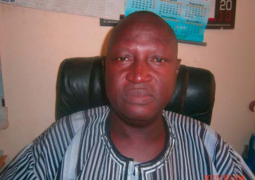