Blue Star FC opened the scores through skipper Ebou Gaye in the 51st minute of the game from the penalty spot, after Ousman Touray brought him (Ebou Gaye) down inside the 18 yard box, to give the Wellingara-based outfit the lead.

Moments later, Blue Star found themselves 2-0 ahead in the 79th minute of the game, when Mam Ngorr Mboob netted the second goal to dash the hopes of United from coming back to their feet.

United fought hard for an equalizer, but could not penetrate Blue Star’s solid defence line; and thus the game ended 2-0 in favour of the Wellingara-based outfit.

As knockout champions, Blue Star went home with a giant trophy and a cash prize of D25,000. Manchester United received D20, 000 as the runners-up.

On Sunday, 18 October 2015 the league finals between Medina FC against Milan Rosserneri FC was played, but the game ended in a stalemate resulting in its re-scheduling for Friday, 23rd October 2015, at the Serrekunda East Mini Stadium at 4.30pm. 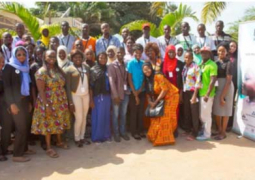 Free movement of people and goods a farce 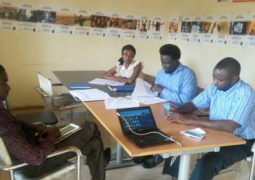