The Director of Public Prosecutions, S.H Barkun, yesterday informed the Banjul High Court, presided over by Justice M. Abdullah that they had filed an amended charge against former NDEA director general Benedict Jammeh and three others.

When the case was called, the DPP informed the court that he had amended the charge and had filed the amended charge sheet dated 10 June 2013.

The defence counsel, Ozuma, then rose and notified the court that he was served yesterday and the idea of serving the accused or the defence counsel was to enable him or her read the file and take the plea properly.

He added that the delay was not caused by the accused persons and he asked for time, which was granted by the court.

The case was then adjourned till today for plea taking.

Meanwhile, the sureties for Benedict Jammeh also appeared in court. 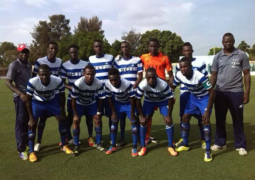