The particulars of offence read in court stated that the accused, Malick I.M. Cham, in October 2009 at the in the West Coast Region, stole D41,359 being the property of the Gambia Civil Aviation Authority, and thereby committed an offence.

Testifying, the first prosecution witness (PW1), Amadou Adams, a temporal clerk, informed the court that in 2009, the accused was asked to fill an impress retirement form.

He said after the accused person had filled the form, he (the witness) gave it to one Mr Jagne, adding that he was later called at the station to make a statement to that effect.

Asked by the prosecutor if he had received any impress form from the accused person, the witness answered in the affirmative (yes).

Further asked by the prosecutor that apart from him, who else could receive it, and the witness said the finance manager would endorsed it and forward it to the pay register, and then to the cashier.

PW1 said he did not know the exact amount involved but it was D16,000 plus.

As to whether he knew the accused person was paid the money, the witness replied yes.

He also said his statement was recorded by the police.

The accused again put it to him that he filled all his impress forms with receipts attached, but the witness again denied it.

The accused further put it to him that he was the one who filled his last form and tabulated how much he supposed to return to the office, to which the witness agreed.

Told that he was the one who did photocopy all the submission he made and sent it to him through the driver, but the witness said he only photocopied three forms. 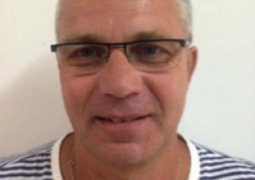