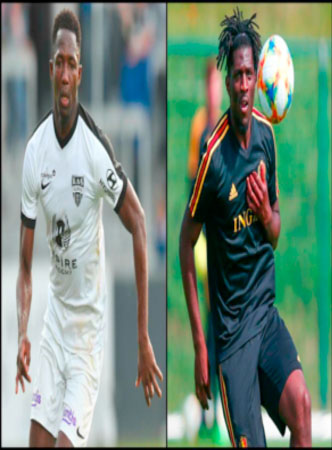 Belgium top flight side, K.A.A Gent have secured the services of Gambian sensational midfielder, Sulayman Marreh from KAS Eupen. The 23-year-old Scorpions player signed a three-year contract with the Buffalos until 2023.

The Abuko-born player, who has 13 caps with the Gambian national team (Scorpions), played eleven games for the East Cantons (KAS Eupen) this season.

In the summer of 2018, The Gambia national team defensive midfielder joined his first Belgian side, KAS Eupen on loan from English Premier League side Watford. “Sulayman is someone we have been following for a very long time,” said Peter Verbeke, Sports manager at K.A.A Gent.

According to him, Saul Marrreh played at a very high level last season under Claude Makelele and they believe he will fully develop that potential at K.A.A Gent. “Sulayman is a young defensive midfielder, strong in ball recuperation but also has a great playing ability. And more importantly he is a boy with a great mentality. Together with Elisha, he will form the defensive block on our midfield,” he added.

K.A.A Gent is a Belgium top side that plays in the Belgian first division league and also currently played in the Europa League.

AU Observers in Banjul ahead of parliamentary polls