When the case was mentioned, Lawyer Sidney Riley, who was representing the plaintiff, Lamin Sanyang, rose to tell the tribunal he was applying for the defendant’s case to be closed.

He posited that the defendant did not show any respect for the tribunal, adding that they failed again to appear in court.

He urged the tribunal to proceed to judgement, further stating that the plaintiff was not calling any witnesses.

Magistrate Jobarteh then told the tribunal that the defendant and their counsel failed to appear in court again, and had forgone their right to cross-examine the plaintiff who had already closed his case.

He therefore adjourned the case till 22 March 2014, for judgement.

Sanyang indicated in his claim that he had never been involved in any financial malpractices and has never neglected his duties to causing any loss of income to the defendant.

As a result of the foregoing, he claimed, he had lost all his financial emoluments up to the retiring age of 60 years. 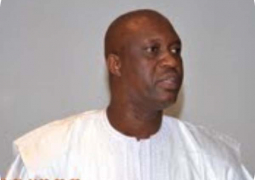