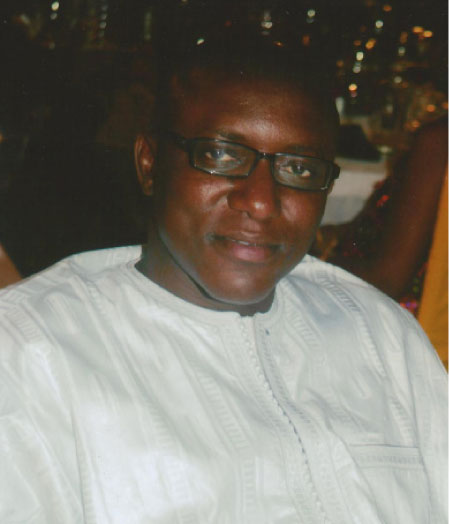 The former finance director of the Gambia Ports Authority, Abdoulie Hali Gai, and Abdoulie Tambedou, the institution’s former managing director, were Monday acquitted and discharged by the Banjul Magistrates’ Court, presided over by Magistrate Lamin Mbaye.

They were acquitted and discharged on a five-count indictment which included two counts of neglect of official duty, and three counts of disobedience of statutory orders, following the no-case-to answer submission made by their counsel.

Delivering the ruling, the trial magistrate told the court that the defence had made an application for the court to enter a no-case-to answer in favour of the accused persons.

He said after the charges and particulars of offence were read to the accused persons, both denied the charges, adding that the prosecution called six witnesses who all testified under oath.

He added that their evidence he shall evaluate and determine accordingly in relation to the charges preferred against the accused persons.

Magistrate Mbye noted that the court would also determine whether the prosecution had made a sufficient case, necessary to call on the accused persons to enter into their defence.

He said he was also appointed officer in charge of ferries on 17 February 2011 and was answerable to a taskforce set up by the Office of the President.

The taskforce was headed by the Secretary General Office of the President, Dr. Njogu Bah, and the CEO of GEIPA chaired all subsequent meetings of the said taskforce, the magistrate added.

He said the final report of the taskforce was submitted and addressed to the Secretary General, Office of the President and dated 3 May 2011.

As director and officer in charge of the ferries, it was Gai’s duty to transmit executive decisions, as well as that of the taskforce to relevant directors of the GPA, which he did in a letter to the director of finance dated 15 April 2011.

Senior Magistrate Mbaye further stated that the borrower, GPA, had requested from the lender, SSHFC, a loan facility of D150,000,000 to finance the procurement of new ferries for Banjul and Barra, TransGambia and other provincial crossings and the lender had agreed to lend the borrower the said sum upon the terms and subject to the conditions set out in the agreement.

“I just read what is stated in the agreement between the GPA and SSFHC, and there is no ambiguity in the wordings of the agreement,” said the magistrate.

“It is my opinion that if we go by the above, then I don’t see any reason why the accused persons should be charged in the first count with diverting a loan of one hundred and fifty million secured from SSHFC for the purpose of purchasing new ferries, when the said loan was actually meant for that same purpose,” he stated.

“The question I want to ask is this - if a loan was meant for a purpose and the accused as director of GPA and officer in charge of the ferries at the same time used it for that purpose, I do not see any reason why they should be charged with neglect of official duties in that regard,” he said.

Magistrate Mbaye added that from the above, therefore, he had no doubt that the accused used the loan from SSHFC to buy ferries and spare parts which was vital for the daily operation of the ferry services, and which to his mind does not constitute a disobedience of lawful order.

He added that for the prosecution to prove that there was disobedience of lawful order, it had to show the court the said specific order which was disobeyed by the accused and who gave the order.

The magistrate further stated that in light of the above and without any further evidence to prove the contrary, he had no option other than to conclude that the prosecution through its evidence so far as presented had failed to prove both the elements and ingredients of the offence in count one and two against the 1st accused person, Hali Abdoulie Gai.

He said the 2nd accused person in count two was charged with disobedience of statutory orders by procuring vehicles and machinery from Ballast Nadam Africa BV, without the sanction of the Gambia Public Procurement Authority.

He added that in support of the above count, the prosecution called a witness, Lalo Danso, who testified that according to the GPPA Act, even though he did not say which section of the Act said so, that procuring organizations shall not engage in any procurement above the amount stated in the regulations, and again he did not say which regulations he was referring to.

The magistrate said the criminal procedure code is very clear in the sense that it was only the court that could decide whether or not the prosecution had made out a prima facie case against the accused persons.

In other words, he continued, it was only the court that could, based on that evidence before it, hold whether or not a no-case submission had been made out or not.

“I hold that the evidence so far presented did not prove the essential elements of the crime in count 3, 4 and 5 of the charges against the 2nd accused person, and the case is, therefore, dismissed and the accused persons are acquitted and discharged of all the charges,” Magistrate Mbaye declared.