In their Tuesday encounter, BB Rovers FC were more composed in the midfield and made some occasional goal attempts in front of Canon FC goal mouth in the opening minutes of the match. Canon FC were defending and depend on the counter attacks, but all their counter attacks were stopped by BB Rovers FC formidable defence line, thus the first half ended 0-0.

In the second half, BB Rovers FC, who were totally in control of the first half continued their perfect ball possession in the game and created dead goals scoring opportunities. They break deadlock through striker Samuel Jatta in the 46th minute, while substitute Madi Saidy seal the victory in the 55th minute from a spectacular strike to make it 2-0 for BB Rovers FC.

Canon FC fought back and created chances and in the 66th minute of play, Modou Cham's powerful shoot was denied by a cross bar and the game ended 2-0 in favour of BB Rovers FC.

The championship continues on Sunday 9th August 2009, between BB Rovers FC and Milan FC at 9am kick-off, while Canon will battle it out with London United FC on Saturday 8th August 2009 at 3pm kick-off. 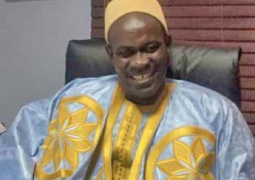