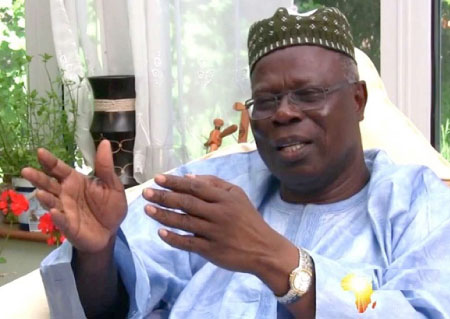 The leader for Gambia For All (GFA) spoke in Brikama during a rally attended by hundreds of supporters on Saturday, marking the party’s first ever rally since the IEC announced its registration in January.

According to Fatou Network, Bakary Bunja Dabo, who was addressing his supporters said The Gambia could now not rely on the seven political parties that formed a coalition as a tactic to defeat longtime dictator Yahya Jammeh in the 2016 elections.

He, however, stated that these political parties that formed the coalition all have a hand in that bad governance. “So GFA has now realised that we cannot rely on these parties to help Gambia.”

Mr Darbo said: “Those parties that formed the coalition had said that it should not go beyond three years. That’s the three years they signed, and that’s what they took to Gambians within and outside the country, to say that let’s come together to end evil in the country.

“They say no one should talk about the three years issue. They have also struck out the part that the transitional leader should not stand in elections. That person has also formed his own party. All these have happened. But the important thing now is for the country to have the chance for the people to choose someone to lead the country.

“So when we reviewed the affairs of the country, we could not see any party that we could rely on. If it is not the treachery that dirtied their hand, they are operating in a way that’s not right; they would engage in nepotism and things like that. That’s how they’re operating. And we have also seen they have no compassion for women and youth. Farmers cannot also properly sell their groundnut.