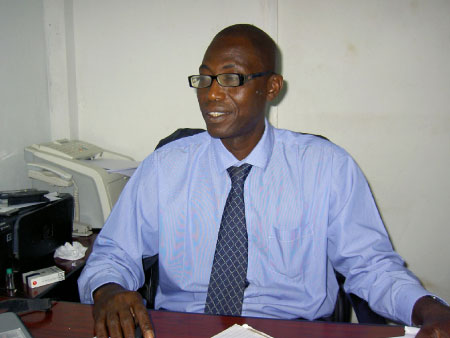 Speaking to The Point in an interview, the managing director of Bayba Financial Services, Lamin Bojang, said Bayba is owned by Trust Bank Gambia Limited.

It is part of Trust Bank’s corporate social responsibility to help the society in various ways including sport, especially wrestling, he said.

Bojang noted that Bayba is following the footsteps of Trust Bank in executing its social responsibility.

“I have seen other institutions sponsoring other sports events, but for me, wrestling is our culture and tradition and we have to develop it in revitalizing it to help the community,” Bojang said.

“We want to open an avenue for the youths, because they have been training and they need an avenue to release this energy. We want them to release it in a positive way instead of involving themselves in theft cases, robbery and some other negative acts,” he noted.

Asked about the expenses incurred in the Banjul Sports Committee Wrestling competition due to be held from 1 to 3 July 2012 at the July 22nd Square in Banjul, Mr Bojang said the cost has amounted to about D60,000.

Mr Bojang calls on the public to do business with Bayba, so that the financial institution will earn more to give more support to the general public and the communities.

“If anyone wants to send or receive money throughout the world, check on Bayba; it is fast and reliable,” MD Bojang said.

He however urges other institutions to venture into the development of wrestling, saying: “This will aid the Government in fulfillment of its efforts.”

He added that other members of the private sector and individuals have also a great role to play in the development of sport, specially wrestling.