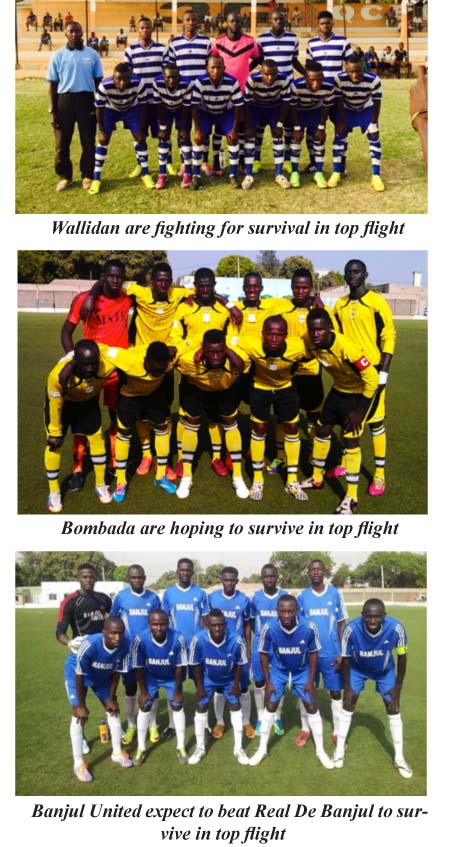 Battle for survival in the Gambia Football Federation domestic division one league next season is set for Sunday 29 May 2016, after Gambia Ports Authority clinched the country’s top flight title following their 2-2 draw with Serrekunda United at the Father Gough Sports Complex in Manjai Kunda at the weekend.

Wallidan, Serrekunda United, Bombada and Banjul United are currently battling for survival in the country’s domestic division one league.

Banjul United need a victory against Real De Banjul and that Wallidan and Serrekunda United draw for them to stay in the top flight.

Real De Banjul will be playing for pride after Gambia Ports Authority claimed the league title at the weekend.

Elsewhere, Hawks will play against Bombada at the Serrekunda West Mini Stadium. Hawks are already safe and will be playing for pride.

Bombada need to avoid defeat or draw against Hawks in order to stay in the top flight and hope other relegation threatened teams slip to their respective opponents. 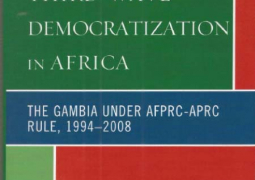 Man jailed for claiming to be sent by Government