The Basse High Court presided over by Justice Simon A. Abi on 28 July 2017 adjourned the rape trial involving Sanna Camara to October sitting of the court for judgment.

The prosecution alleged that the accused, Sanna Camara, in October 2014 in Basse had unlawful carnal knowledge of a 12-year-old girl.

The prosecution further alleged that the accused in October 2014 in Basse attempted to have unlawful carnal knowledge of a 12-year-old girl.

According to the victim, a resident of Basse Angal Futa, the accused called her but she refused to heed his call. He then approached her and grabbed her hand and took her behind a milling machine.

She said the accused pushed her to the ground and forcefully had carnal knowledge of her.

The victim further stated that another day the accused took her behind a trailer and forcefully attempted to have carnal knowledge of her.

Another witness, a minor and a resident of Angal Futa testified that she was playing with the victim when the accused came and forcefully took the victim behind a milling machine and told her to wait.

The witness said the accused threatened to kill them and their parents if they disclosed that he had carnal knowledge of the victim.

Another witness who wished to remain anonymous disclosed that she saw the accused with the victim and she suspected that the accused was up to something mischievous, thus she expressed her suspicion to one Saidou Jallow.

The witness said she saw a mob running after the accused and he was eventually caught.

Saidou Baldeh, a civil servant stated that he saw the accused on top of the victim half naked and he chased the accused and was caught. He managed to escape but was eventually apprehended.

The witness said the accused was caught with the zipper of his trouser opened and his pant inside his trouser pocket.

Duwa N. K. Sanneh, a security guard at the Medical Research Council (MRC) disclosed that he apprehended the accused when he tried fleeing from the crime scene.

Lamin Kebbeh, a police officer testified that he obtained the accused cautionary and voluntary statements.

The accused who testified as a lone witness said he sent the alleged victim to buy him cigarettes and when the victim failed to bring the cigarettes he went in search of the her and her friend.

The accused alleged that whilst he was searching for the victim, Saidou Baldeh saw him and grabbed him by his trouser.

He denied having or attempting to have carnal knowledge of the victim and alleged that he once had a problem with the witness whom he said framed him.

The accused said he doesn’t wear pant/underwear because his body generates heat and bruises around his private part and thigh whenever he does.

Meanwhile, the presiding judge adjourned the matter to the October sitting of the High Court in Basse after ordering that the parties file their respective briefs of arguments. 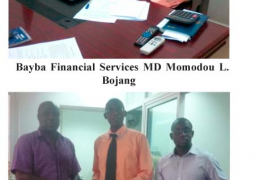 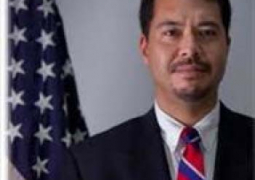