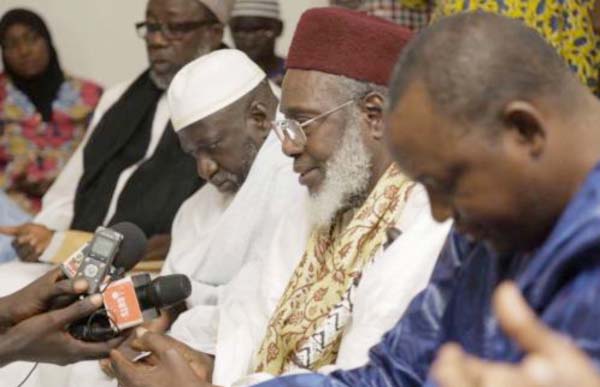 President Adama Barrow has said leaders come and go but the state remains and urged the religious leaders to continue to pray for peace to prevail in the country.

He made these remarks during a courtesy call by Banjul Muslim Elders Committee led by Imam Ratib of Banjul, and Alhajie Cherno Kah.

Speaking on the relationship with Senegal, President Barrow reassured them of his commitment to continue to work and consult his counterpart on bilateral relations to further cement the ties.

The President thanked Imam Kah and his delegation for calling on him during the impasse and taking a stand to defend the truth and the country, which he said increased confidence on their role in society.  He added that it is one of the reasons why in Africa there is believe in respect for elder.

For his part, Imam Ratib, Alhajie Cherno Kah said the courtesy call was meant to renew their commitment to support the President and his government.

He expressed appreciation about the relationship that exists with Senegal.  He requested for the strengthening of the relationship by maintaining a link with the religious bodies in Senegal.

This, he argued, will promote peace and unity as well as consult on issues of common interest such as border closures.

Speaking earlier, the Chairman of the Committee, Alhajie Alieu Mboge expressed satisfaction with the governance situation in the Gambia.  The visit he said was to maintain a link between the Community Elders and the President to consult on issues of interest to Gambians.

Mr Mboge also briefed the meeting on the goal of the establishment of the Banjul Muslim Elders Committee 117 years ago, to promote religion and issues of concern to the Muslims in Banjul.

He added that the committee continues to work in partnership with the Supreme Islamic Council. The creation of a Religious Adviser position under the Office of the President was also appreciated.

Banjul Muslim Elders Committee also reported on their annual activities during the month of Ramadan and other planned activities.

They informed the President that the Committee is now expanded to include the Larso Wharf mosque committee elders.

Imam Foday Kabba Dumbuya speaking on behalf of his community elders expressed solidarity with the Banjul Muslim Elders Committee and that they have manifested it by working together on their planned Ramadan programmes and pledged to continue working together.

The delegation was accompanied to State House by Religious Affairs Adviser to the President, Honourable Dembo Bojang. 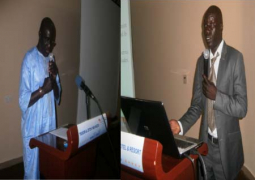 Stakeholders validate report on importance of vocational education in Gambia