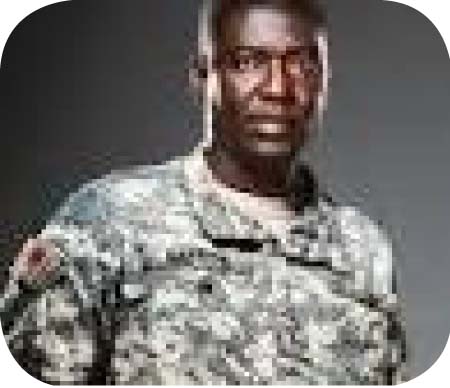 Assistant Attorney General for National Security John P. Carlin and U.S. Attorney Andrew M. Luger for the District of Minnesota announced 30 January 2015 a criminal complaint charging Alagie Barrow, 41, for his role in a recent attempted coup in The Gambia.

Barrow is charged with conspiracy to violate the Neutrality Act by making an expedition against a friendly nation from the United States and conspiracy to possess a firearm in furtherance of a crime of violence.

On Dec. 30, 2014, there was an unsuccessful attempted coup against the government of The Gambia. The Gambia is a country in West Africa bordered by Senegal and the Atlantic Ocean.

According to the criminal complaint, in December 2014, Barrow travelled from the United States to The Gambia for the purpose of overthrowing the Gambian government. Barrow is a dual U.S./Gambian citizen and a resident of Tennessee. A separately charged co-conspirator, Cherno Njie, a U.S. citizen of Gambian descent and a resident of Texas, is a businessman who served as a financier and a leader of the conspiracy. Had the coup attempt succeeded, Njie and his co-conspirators expected that Njie would have served as the interim leader of The Gambia had the coup attempt succeeded.

According to the criminal complaint, before departing the United States for The Gambia, Barrow participated in conference calls to discuss the operational plan of the coup. Barrow and two others were the primary authors of the operational plan. Prior to departing for The Gambia, the members of the conspiracy purchased multiple firearms, including M4 semi-automatic rifles, and shipped them to The Gambia for use in the coup attempt. Members of the conspiracy also acquired night-vision goggles, body armor, ammunition, black military style uniform pants, boots, and other personal equipment.

According to the criminal complaint, Barrow traveled to The Gambia as part of the “advance party.” Barrow assisted other members of the group when they arrived in The Gambia and was responsible for delivering them to safe houses. Barrow also conducted reconnaissance of the group’s target, the State House.

According to the criminal complaint, on Dec. 30, 2014, a number of the co-conspirators met in the woods near the State House in Banjul, which is the home of the Gambian President, and split into two assault teams. Barrow was not present at that meeting, and waited with Njie in a safe place until the assault teams took control of the facility. Barrow was supposed to escort Njie to the State House and elsewhere after the coup.

According to the criminal complaint, when one of the assault teams approached the State House and fired a shot into the air, the team began taking heavy fire from the guard towers. Numerous conspirators on the assault teams were killed or injured during the failed attempt to take control of the government building. Both Barrow and Njie have since returned to the U.S. and been arrested.

This investigation is being led by the Federal Bureau of Investigation and its partners on Joint Terrorism Task Forces in multiple field offices. Assistant Attorney General Carlin and U.S. Attorney Luger thank the many agents, analysts, and prosecutors in multiple offices who are responsible for this ongoing investigation.

Assistant U.S. Attorneys Charles Kovats and John Marti of the District of Minnesota are prosecuting this case, with assistance from Richard Scott, a Deputy Chief in the Counterespionage Section of the Justice Department’s National Security Division. A number of other U.S. Attorney’s Offices, including those in the Middle District of Tennessee, District of Maryland and the Western District of Texas provided critical support during the investigation.