Late Bakarr FC of Barra were crowned champions of the Essau knock-out football competition on Saturday after defeating Young Scorpions FC of Essau, in a post-match penalties shootout.

The football competition, played at the Essau Lower Basic School football pitch, was organized by the Essau Youth and Sports Development Committee and attracted teams from Barra, Essau, Mayamba, Kanuma, among others.

Late Bakarr FC took an early lead after their midfielder, Masanneh Ceesay, scored the first goal of the game, just two minutes after the first whistle.

The youngsters of Essau, Young Scorpions, did all they could to level the scores, fighting frantically.It finally paid dividends in the 38th minute when one of their forwards, Nfamara Sonko, dribbled past the defenders of the Barra boys and skillfully tabbed the ball into the net.

Regulation time ended 1-1 as both sides created numerous goal-scoring opportunities, but could not fully capitalise on them.

It was in the ensuing penalty shootout that the Barra boys showed their shooting skills, as they scored all their spot kicks while their opponents managed only two.

Consequently, the Barra boys went home with D10,000 as the winners, and the youngsters of Essau were given a prize of D7,000, as the runners-up.

The chairman of the Essau Youths and Sports Development Committee, Yankuba Marong, said the prizes were exclusively sponsored by the committee, as they had no sponsor for the tournament.

Mr Marong thanked the community of Essau and environs for their cooperation and understanding, which led to the success of the competition.

Mr Marong urged all football lovers to out en mass for the finals of the Trust Bank-sponsored league, scheduled to take place on 28th February 2015 at the Essau Lower Basic School football pitch.

The final was attended by the chief of Lower Nuimi, Fabakary Nana Sonko, second vice president of NBR football association, Modou B Sarr; and the Essau military post commander, Captain Jabbie, among others. 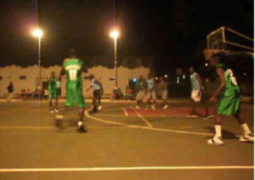 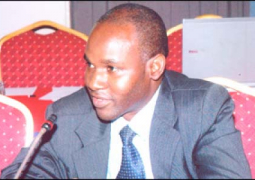