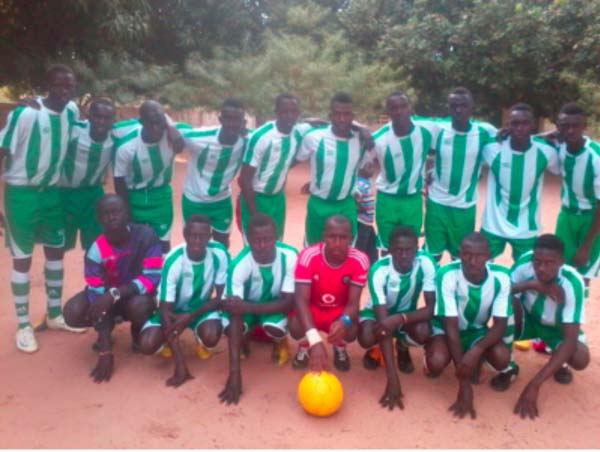 The finals was graced by Alhaji Fa Bakary Nana Sonko, chief of Lower Niumi District, among other dignitaries, and saw Barcelona FC beat Turka United of Kerr Jatta village 5-4 in a post-match penalties shootout, following a 1-all draw in regulation time at the Biri-Biri Mini Stadium in Ndofan.

Barcelona FC took the lead through midfielder Adama Marong in the 22nd minute of the game, from a wonderful long range shot, but it only took Turka United 6 minutes after the break to level scores through deputy captain Bakary Njie.

Turka United ended the game with 10 men, following Nyohorr Bobb’s sending off in the 62nd minute of the game, when he was shown a second bookable offence and given his matching orders.

Barcelona FC’s Modou S. Joof was named the best goalkeeper of the tournament. He received a trophy and a cash amount of D300.

Certificates of appreciation were given to Alagie Mbye, Sainey Ceesay, Alhaji Modou Biri-Biri Njie, Alieu Marong, Njean Marong Jain Marong and Jabang Bobb for their valuable contribution towards sports development in the area.

The finals commenced with a match past in solidarity with the President of the Republic of the Gambia, and condemning the 30th December 2014 terrorist attack on The Gambia.

The game played at the Mbollet Ba football field ended 1-1 in regulation time, with Nigi United taking the lead as early as the 5th minute of the game.

Amadou Kuyateh came to the rescue of Aduna FC in the 62nd minute, when he converted from the penalty spot following Nfamara Njie’s handball inside Nigi United eighteen yards box.

Aduna FC went home with a cash prize of D5,000 as winners; Nigi United collected a consolation prize of D3,000 as runners-up.