Banyaka advanced to the final after beating Tujereng on penalties after a goalless draw in the regulation time in their semi final clash last month.

According to the Banyaka sports Committee, the Kombo South has launched an investigation into the matter and realized that Haruna Sanneh and Lamin Bojang are eligible to played the semi final against Tujereng , adding that the Kombo South district Sports Committee said that Masireh Jammeh was not qualified because he is a native of Madiana in Kombo North.

Banyaka Sports Committee stated that Masireh Jammeh is a native of Madiana in Kombo North and spent six months in Banyaka and he is qualified to take part in the tournament.

Banyaka Sports Committee has revealed that they will play the 2012-2013 Kombo South District football Tournament final against Sifoe this Saturday 9th February 2013, at the Jambanjelly football Field even if the district Sports go by their decision. 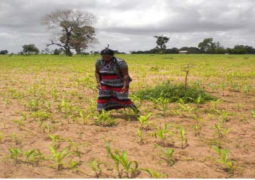