Policy-makers, head of government institutions and development partners last Thursday wrapped- up a day-long sensitisation forum on the integration of HIV/AIDS into the Poverty Reduction and Strategy Paper.

The forum, which brought together participants from various institutions was organised by the National Planning Commission, in collaboration with the National AIDS Secretariat, held at the Paradise Suite Hotel in Kololi.

In his opening remarks, Mr. Abdou Touray, the Director General of the National Planning Commission stated that the forum intends to widen the scope of understanding, orient and coach policy-makers, head of institutions in developing and implementing strategies so as to internalise the concept of mainstreaming HIV/ AIDS into PRSP and sectoral activities.

According to Mr. Touray, the NPC in collaboration with the National Aids Secretariat are the implementers of the activities outlined in the country Framework Action Plan for mainstreaming HIV/AIDS into the PRSP. He noted that the ultimate aims of the initiative is to accelerate economic growth and promote sustainable development through a multi- sectoral approach to meet the objectives of PRSP, MDGS and the long-term goal of Vision 2020.

Mr. Touray added that poverty reduction and growth strategies, mainly in the form of PRSP are becoming the major instrument for national planning and as such provides mechanism for placing HIV/ AIDS at the centre of national development planning and budgetary allocation process.

He added that there is great need for NAS and NPC to coordinate mainstreaming efforts and play the role of brokers on this critical relationship between different stakeholders.

For his part, the Director of the National Aids Secretarial, Mr. Alieu Jammeh said the integration of HIV/ AIDS into poverty reduction strategies paper will help create the necessary policy and planning environment for comprehensive sectoral and adequately needed response to the epidemic. He noted that every day, 6000 people under the age of 25 are newly infected with HIV/AIDS.

According to Mr. Jammeh, the HIV/AIDS crisis has far-reaching implications for the attainment of the MDGs and related nationally-determined poverty target. He added that the impacts of HIV/AIDS is unique because AIDS kills adult in the prime of their living, thus depriving families, communities and the entire nation of their young and most productive segment of society. 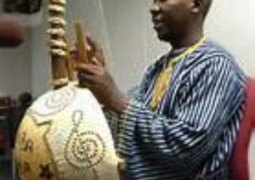 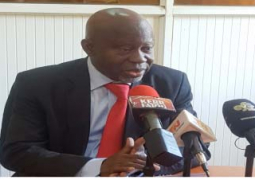