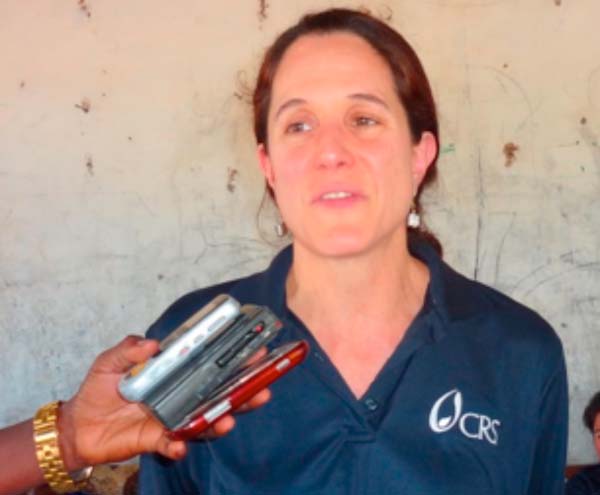 The visit was part of her engagement tour to various CRS intervention field sites, and to also familiarise herself with the National Malaria Control Programme under the Ministry of Health, and the Ministry of Agriculture.

The visit was also an opportunity for her to meet with the community volunteers training KRs on HIV and AIDS, as well as CADO board, CRS management and HEPDO staff in a bid to get first-hand information on CRS intervention project sites, and to foster more partnership with the Health ministry through CRS programme country office in The Gambia.

The CRS regional director was received by the Catholic Relief Service country programme team upon her arrival in The Gambia on Friday.

During her two-day stay in the country, she visited some of the CRS projects site and beneficiaries within the West Coast Region and Kanifing Municipality.

She also met with the Minister of Health and Social Welfare, Dr Omar Sey, and his team at the NMCP office in Kanifing, where they discussed a wide range of issues geared towards fostering collaboration with the aim to eliminate malaria in the country.

She started her career with CRS in 1993, as a fellow in Tanzania and worked in Uganda and Kenya before moving to Madagascar in 1999 as the regional technical advisor for health covering six countries in southern Africa.

She served as country representative for CRS in Madagascar from 2001-2005.

From 2007-2009, she served as the deputy director for the programme quality support department at CRS headquarters in Baltimore, and from 2009-2011 she was the director for the Global Fund Support Unit.

In mid-2011, Jennifer transferred to the East Africa Regional Office in Nairobi as Deputy Regional Director for programme quality.

Jennifer was born and raised in Philadelphia, USA. She was a peace corps volunteer in KASAI Oriental, Zaire, now known as the Democratic Republic of Congo(DRC), focusing on food security including agriculture and nutrition from 1988-1991.

Jennifer holds a Master’s degree in Public Administration from the School of International and Public Affairs at Columbia University in New York.

She lives in Baltimore with her husband and two daughters.