City boys Real De Banjul will clash with returnees Hawks in an all-Banjul derby game in the Week 6 fixtures of the 2011-2012 Gambia Football Association division one league today, 14 February 2012, at the Banjul KG5 Mini-stadium.

The two bottom teams on the division one table will be making extra efforts to snatch at least some points to move away from the red zone.

Hawks are also under pressure for sitting at the bottom of the league table with only 3 points in five games. They will be expecting to bounce back after losing two games in a row against Gamtel and Young Africans.

Telecommunications giants Gamtel will meet academy boys Samger in the other Week 6 fixtures at the Father Gough Sports Complex in Manjai Kunda. Samger have bagged 8 points, while Gamtel are sitting on 9 points.

Young Africans are so far eading the table with 11 points in five games, while Gambia Ports Authority stand at 9.

Another interesting encounter will feature Wallidan against Armed Forces at the Serrekunda East Mini-stadium.

Wallidan are currently struggling in the league with only 4 points, while Armed Forces are settled at 6.

Bakau giant killers Steve Biko, at 5 points, will battle with newcomers Serrekunda United, who are also sharing the same number of points with their opponents in the other Week 6 fixtures at the Independence Stadium in Bakau. 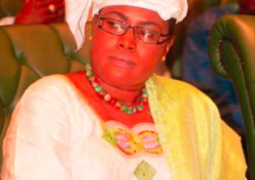