Banjul Brewery Gambia Limited Home Industry, one of the leading beverages bottling plants in the country, recently gave awards to ten wholesaler clients for their outstanding patronage of the company.

According to officials of the brewery, this was one of its kind in the history of the company, and was meant to motivate and honour the company’s customers.

The year 2014 has just ended, and the company is ushering in another new year by embracing the new year by giving awards to its ten best wholesaler clients for patronizing the brewery’s business for the past 12 months, said Fatou Sinyan Mbergan, Banjul Brewery Secretary General.

According to Mrs Mbergan, the award was meant to motivate and honour their esteem customers for promoting the company.

“This ceremony is to honour and thank our esteem wholesalers and distributors, who day-in and day-out come into the brewery every morning, and they are the people who buy our products at the Brewery and then put the products in their shops and distribute to the end-user consumers and retailers.”

She went on to talk about the important role played by merchants in the steady improvement of the company, citing their partnership as second to none in the country.

The wholesalers are the people that keep the brewery going, because these are the wholesalers who come and buy directly from the company, she added.

“We do not do any distribution ourselves as a company. Our strategy is that we are trying to empower wholesalers to come into the brewery and buy our product and go out and sell it,” she said.

According to her, the company has made some profitable sales in the market, which has earned them the GCCI award in 2011.

Mrs Mbergan thanked their esteem customers for their continued support toward the development of the brewery, adding that without them the company would have found it difficult to make head way.

She assured the wholesalers of the company’s continuing collaboration and support.

Edic Gilson, the company’s managing director, spoke about the company’s development, attributing the success story to the enviable cooperation that continues to flourish between them and the wholesalers.

He anticipated that the New Year 2015 would yield brighter prospects ad collaboration between the two parties.

In the year 2014, Gilson said, the wholesalers did a very good job and together they would make head way, and he used the opportunity to challenge them to continue with this collaboration. 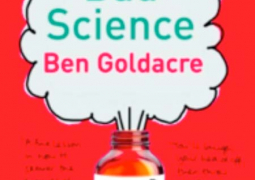