The Basse Area Council has come under the firing line as councillors called on the Governor of the Upper River Region, Omar Khan, to quickly call the attention of the auditor general, for a special investigation into the council’s financial performance from 1st January to 2nd June 2011 or call in the police to probe into the matter.

This followed a meeting at the end of the three months’ periodic session of the councilors, when they assess the performance of the council, on Tuesday 5th July.

At this meeting, they also unanimously agreed to, and recommended to the Local Government Service Commission, the sacking of Omar Njie, the internal auditor of the Basse Area Council, for failing to provide an audit report after seven months, despite several meetings of the council.

During the session, the councillors also urged the Local Government Service Commission to henceforth advertise the position of Chief Executive Officer, since the incumbent, Yusupha Manneh, and the finance director, that is, both men have been refusing to attend council meetings, claiming that they are busy.

Among other things, councillors also recommended the appointment of two draughts men for physical planning, four security officers and two cleaners for the Basse market.

Council also discussed the attitude of the chairperson of the Local Government Service Commission for the said council, who should be somebody of good character, they said.

Meanwhile, drama unfolded shortly before the end of the last session of the council, when the Chief Executive Officer, Yusupha Manneh, surfaced and read a letter, with no letterhead, claiming that it was from the auditor general, which stated that he was, among other things, authorized to suspend all allowances for councilors, beginning from 2nd June to December 2011.

Christmas Message 2016 from the Most Reverend Hannah Caroline Faal-Heim, Presiding Bishop of The Gambia, the Methodist Church The Gambia 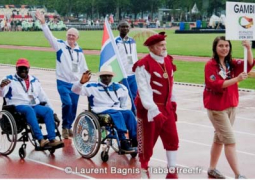