The trial of Lamin Jarju, alkalo of Babylon village, and three others resumed on Tuesday at the Brikama Magistrates’ Court before Magistrate Nyima Samateh.

In his testimony, the prosecution fourth witness (PW4), Abou Sarr, from Makumbaya village, recalled that on 8 March 2013, something happened between the accused persons and Nuha Jammeh, Lamin Saidy and Alieu Badara Cessay.

He said these three people had a cashew farm in Babylon village including him (the witness), adding that on the particular day while he was at his cashew farm, he heard a noise in the farm of Nuha Jammeh. He said he took his bicycle to go and see what was the noise about and he found the 1st accused was quarrelling with PW1, Nuha Jammeh, and Lamin Saidy and PW1 was telling the first accused person thathe sent some other people to setfire and destroy his cashew trees.

The 1st accused told PW1 he was the owner of that farm because the farm belonged to his grandparent, he said.

He said while PW1 was quarrelling with the first accused person, the people in the other group were in Lamin Saidy’s farm cutting down the trees.

He said he advised PW1 and PW2 to go and report the matter to the police for the fact that people destroying the trees were many.

He said that later PW1and PW2, including himself, went and reported to the police, to whom he gave his statement.

He said the following day the police came again with a photographer and they counted the cashew trees destroyed by the accused persons.

He said there were 608 cashew trees destroyed on Lamin Saidykhan’s farm and 150 on Nuha Jammeh’s farm.

The case was adjourned till 16 September 2014, for cross-examination. 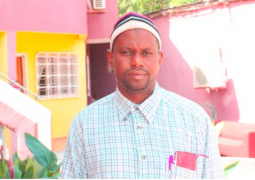