The case was adjourned on the grounds that the defence counsel Borry Touray, had sent a letter to the court that he could not make it to court, as he had another matter at the Special Criminal Court division of the High Court.

The police prosecutor, Sgt Conteh, also told the court he needed to adjourn the matter as the prosecutor in the case, Chief Inspector Camara, was indisposed and he could not come to court.

It would be recalled that the four accused persons were on 22 February 2013, at Lamin village, entered into the garden of one Mr Winston Able Thomas with intent to intimidate or insult, thereby committed an offence. 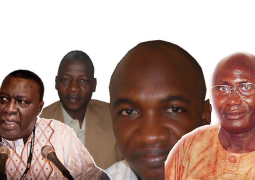