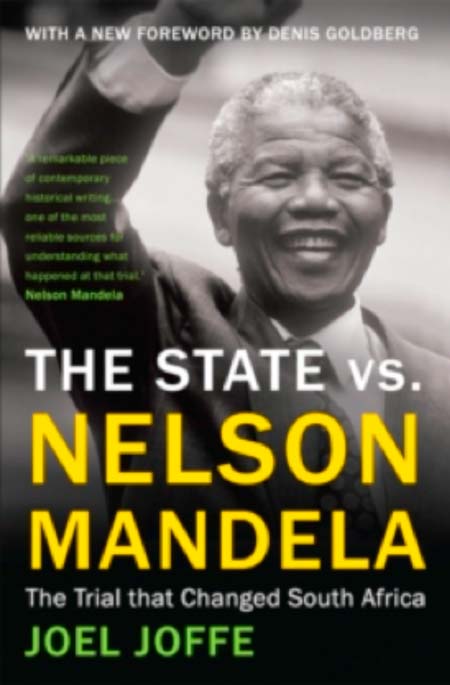 If this book is about the trial ‘that changed South Africa’, it is also rightly about the one man who changed South Africa, Mr Nelson Mandela (1918-2013), aka Madiba, the great liberator of his people. The 1964 Rivonia Trials were the most infamous in world history, maybe equal in infamy only to the Nuremberg Trials of Nazi war criminals after the end of the Second World War. The difference lies in the fact that the defendants at Nuremberg were racist scumbags; the defendants at Rivonia, a small court town in South Africa, were African anti-apartheid freedom fighters. The Rivonia trial lasted a few months and Mandela, Walter Sisulu, Govan Mbeki and the rest were sentenced to life imprisonment. Mandela served 27 years until his release in 1990. The author of this book, Joel Joffe, with Bram Fischer defended Mandela and his co-accused. Now Joffe has written this firsthand account of the trial. And it is a powerful and revealing testimony.

Mainly because he answers one of the lingering historical questions about the fate of Mandela and his co-accused freedom fighters: why did not the judge and prosecutor Dr Yutar give the death penalty to Mandela. In pages xiii the author explains that although the Apartheid press had managed to whip up anti-ANC feelings to such an extent that during the trial many White racists were gunning for the verdict to be ‘death’ by hanging, as the trial progressed the feelings cooled off. Significantly, according to the author, the British and US intelligence services feared a mass uprising such that they put pressure on the apartheid government not to give the death penalty.

The author adds that despite their wonderful performance defending themselves against the charges of Sabotage, Mandela and his co-accused such as Raymond Mhlaba, Bernstein, Ahmed kathrada, were prepared to be hanged. Now if the death penalty were passed and carried out against the ANC freedom fighters, the history of South Africa would have been quite different. This is why indeed this Trial changed South Africa.

In pages 25-27, the author gives us a poignant snapshot of the characters of the entire Rivonia trialist: ‘Rusty Bernstein the articulator’; ‘Dennis Goldberg The most talkative’; Walter Sisulu ‘pale face, calm and soft-spoken’. He as their lawyer was one of the few people who was allowed to meet the accused in close proximity and was therefore in a very good position to describe their comportment in the face of death.

This is a very informative book, highly recommended for readers interested in Mandela studies and the history of apartheid.